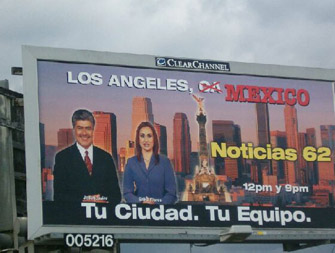 Spanish is the best second language to learn in Los Angeles. 36 per cent of Los Angeles residents use Spanish as their dominant language (that is around 4,413,590 people!). There are so many benefits to speaking Spanish in Los Angeles that it is impossible to list them all. A few quick reasons to learn Spanish in LA include: making new friends, success in business, new opportunities or even just connecting with people on a new level.

Why not study Spanish at LA's highest rated language school? This isn't your high school Spanish class! We have a 5 star rating on yelp and years of experience. We have the best teachers and the lowest rates for our students!

Looking to study Spanish in Los Angeles? You have come to the right place.

Follow this link for the schedule for the best group Language Classes in Los Angeles (this isn't your high school Spanish class).

Why are these the best Spanish classes in LA? Don't take our word for it, check out our Spanish Class reviews on YELP.

Strommen is a teacher Co-op founded in Los Angeles in 2006. Read more about Strommen by checking out our FAQs or the Why Choose us page. While there are many choices for studying Spanish we know that you will love how flexible our program is. Our teachers are trained professionals that love sharing the Spanish language and culture with students. Our rates are also very affordable. Spanish group classes are as low as $19 hourly and private classes are as low as $35 hourly. It is time to get away from the computer and meet your Spanish teacher for a class.

Read some of our Spanish Class Los Angeles Tweets:

Countries Where Spanish is Spoken:

Spanish (Listeni/ˈspænɪʃ/, español), also called Castilian[4] (Listeni/kæsˈtɪliən/, About this sound castellano (help·info)), is a Romance language that originated in the Castile region of Spain. Approximately 470 million people speak Spanish as a native language, making it second only to Mandarin in terms of its number of native speakers worldwide.[5] There are an estimated 548 million Spanish speakers as a first or second language, including speakers with limited competence and 20 million students of Spanish as a foreign language.[6] Spanish is one of the six official languages of the United Nations, and it is used as an official language by the European Union, the Organization of American States, and the Union of South American Nations, among many other international organizations.

Spanish is a part of the Ibero-Romance group of languages, which evolved from several dialects of common Latin in Iberia after the collapse of the Western Roman Empire in the 5th century. It was first documented in central-northern Iberia in the 9th century and gradually spread with the expansion of the Kingdom of Castile into central and southern Iberia.[7] Since the early 16th century, Spanish was taken to the colonies of the Spanish Empire, most notably to the Americas, as well as territories in Africa, Oceania and the Philippines.[8]

From its beginnings, Spanish vocabulary was influenced by its contact with Basque, as well as by other Ibero-Romance languages, and later it absorbed many Arabic words during the Muslim presence in the Iberian Peninsula.[9] It also adopted words from non-Iberian languages, particularly the Romance languages Occitan, French, Italian and Sardinian, as well as from Nahuatl and other Indigenous languages of the Americas. In modern times, it has continued to add its own new words, and has increasingly borrowed from English.

Spanish is the official or national language of 19 countries in the Americas and totaling at least 418 million native speakers in the Hemisphere. Furthermore, Spanish is spoken fluently by 15% of all Europeans, making it the 5th-most spoken language in Europe.[10] Spanish is the most popular language learned in the United States.[11]

Some great links we highly recommend: